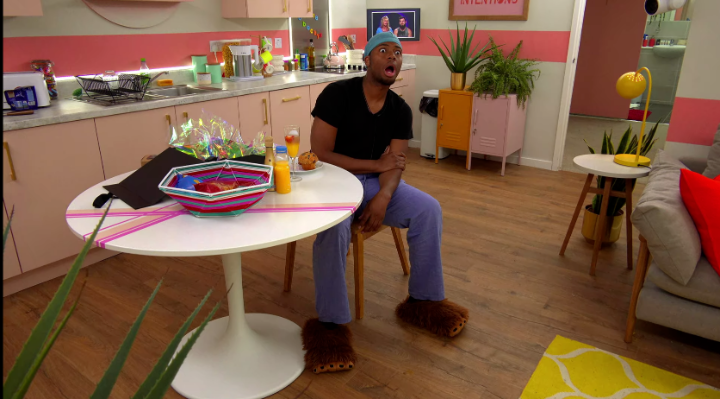 It’s been awhile since I’ve been on Netflix and browsed their infinite inventory of strange ass TV shows, and I ended up finding a gem in this one.

I’m a fan of awful/trashy reality TV. But I am still reluctant to do that full dive. I still haven’t seen a season of Big Brother and one day (ONE DAY) I’ll blog about The Bachelor/The Bachelorette. My tastes go alongside the likes of Real World, Love Island, Love After Lockup, Dance Moms, etc.

Netflix’s newest show ‘The Circle’ seemed right up my alley though. It’s a mix between the Real World and Big Brother (I do know the premise) mixed in with some social media aspects. The show has complete strangers living sequestered and only interacting through social media. They can be any type of person they want to be. For competition each player ranks each other and the top two (influencers) choose who gets to leave.

It’s also over produced to the point of cringe. The producers tried to make everyone be super nice to each other. There’s also some religion mixed in too but anyway, I have 5 important questions after finishing ‘The Circle.’

Is Chicago a trademarked term?

We’re gonna go back to The Real World on this one, you know when they would make such a big deal where the city was? The fly over transition sequences would be over famous Chicago landmarks but there was no mention of the city at all (except for Good Guy Bill). My Texas ass knows that the Willis Tower (or Sears Tower) means Chicago. It just seemed weird that they did not mention the city at all. I might be nitpicking here a little.

Who chose the music for this show?

Not to talk crap about the music, I’m definitely a fan of the songs ‘Relax,’ ‘Blue Monday,’ and the 80s wave. But whenever the demographic, and contestants are around the age of 25 and below, you have to choose something more…hip. More…’in’. More…billboard top 40.

Throw in some Taylor Swift, or Carly Rae Jespin and you appeal to the crowd. The song choices made me a little confused. I’m guessing they spent too much money on the building and green screen effects than on trendy music.

How much green screen was used?

Speaking of green screen, you know the contestants weren’t talking so some high tech Alexa device. Those people were talking to a blank ass TV or they were speaking to a wall. It reminded me of the stories of Steve from ‘Blues’ Clues’ and his experiences of being behind a green screen all day. It’s very isolating and lonely.

The scenes with The Circle interface seemed cool but we all know it was fake. Where were the devices that picked up the contestant’s voices? Just a little bit of a reach to make it look authentic I guess.

How thick were those walls?

So, in case you missed it, I’ll explain again, The Circle is about some strangers living in a building together but the catch is that they can only speak by social media. So whenever we see and hear the contestants shout to text or scream to text to each other, you have to think that they can hear each other.

If I was on the show, I would be like “Bitch, I can hear you shit talking through the walls. Don’t play dumb!”

What was ‘The Circle’s’ true message about Social Media?

I ask that question because the show has a convoluted way of conveying a message for this show. Is Social Media bad? Is Social Media good? If I catfish someone, does that make me a little bit of a sociopath?

One of my favorite contestants was Sean Taylor. She was proud of being plus sized but chose to catfish everyone as her friend, at first, because she was under the assumption that she would last longer if she didn’t appear as herself. I was disappointed in her character but then she told the truth, switched the photos as herself, and she redeemed herself . It was a tearjerker moment that should have solidified her spot in the top 5. I was genuinely rooting for her because her story was Reality TV gold.

But then she got eliminated shortly afterwards and that’s when I stopped caring as much. The top 5 were original contestants and no one that was brought in afterwards got to that top point so I was all, why bring them in the game in the first place? It seemed like a waste of time.

But if you think about it, reality TV can be considered a waste of time. I still love it though.

I see that Netflix is coming out with different versions of The Circle for France and Brazil and I’m curious to see their outlook on social media.